END_OF_DOCUMENT_TOKEN_TO_BE_REPLACED

How do you create an atmosphere of Trust?

Trust is a core value for many people, transcending through all contexts of life; at home, socially and at work. But what does the word Trust mean to you? 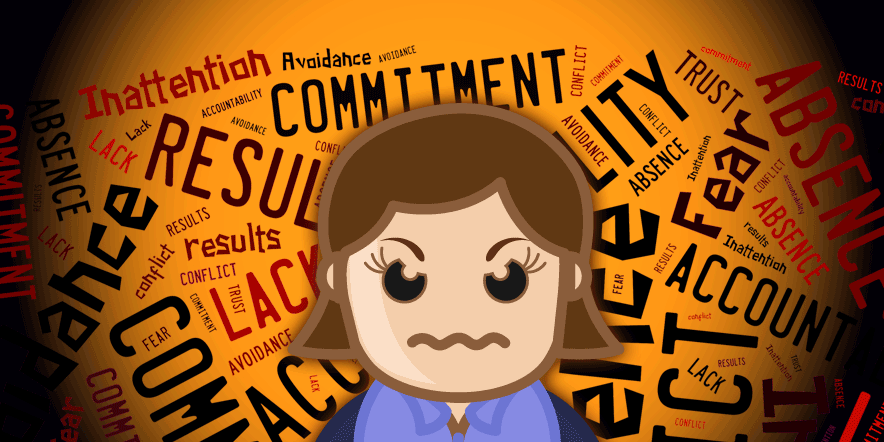 Delivering on promises is just the beginning. There is a much deeper level of trust to be gainedFor me, in terms of trusting other people, it is the reliance on the integrity of a person to deliver on a promise, consistently, demonstrated through their behaviour, or ability to perform a particular task.

We would like to feel we are trusted by others, yet how do we create that trust? How easily do you trust those around you, and what do people have to do to gain your trust?

Delivering on promises is just the beginning. There is a much deeper level of trust to be gained, which can transform your relationships, and your business results.

The Five Dysfunctions of a Team

I have been enjoying working with management teams recently, using some great tools to help teams work more effectively together. One of these tools is 'The Five Dysfunctions of a Team' model, where Patrick Lencioni states that the first and most destructive dysfunction is the Absence of Trust.

Surely as a boss you should be making the 'right' decisions and know all the answers!

And yet when others DO share their vulnerabilities, we appreciate their authenticity and we are willing to open up also.

When Andy Murray admitted his mistakes, and shared his genuine disappointment after an early departure from Wimbledon this year, did you judge him for his incompetence, or did your heart go out to him for his honesty?

The Causes of Mistrust

Top management consultant Patrick Lencioni encourages the team leader to take the first step in sharing their vulnerabilitiesAnd isn't poor communication a major source of the challenges we face in life? (I was going to say 'organisations', but it's not just at work, is it...?)

In Lencioni's model, he notes that mistrust occurs when people at work don't know or understand each other at a deeper level. There is mistrust when others withhold information, and work to their own agenda, rather than the team goals.

When we start to understand each other's strengths, and weaknesses, their personality style and what drives their behaviour, then we can be more open with each other. Lencioni encourages the team leader to take the first step in sharing their vulnerabilities.

Yes, it takes some guts to admit 'I messed up' or 'I need some help with this', but as long as it's delivered with self-respect and confidence, your team will appreciate your honesty. This is part of being an authentic leader.

And in turn, this gives permission to team members to feel safe in being open and honest with you.

Vulnerability-based trust lies at the heart of healthy relationships — whether at home or at work.

Helen Isacke is the author of 'Soft Skills for Strong Leaders; Ten Steps to Management Success'. For over ten years, Helen has been working with managers, leaders and their teams. She is an accredited coach, NLP Master Practitioner and MD of Crown Coaching.